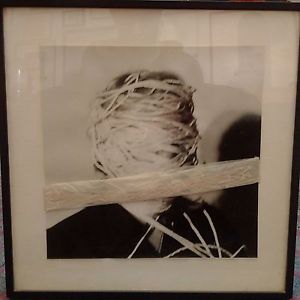 My account of unbound posthumanism (See Roden 2018 and here) draws some  methodological inspiration from François Laruelle’s Non-Philosophy, though its point of departure and orientation is distinct. For Laruelle, all philosophies are like hallucinations that hallucinate their reality or truth (Laruelle 2011, 16). This principle of ‘philosophical sufficiency’ guarantees that whatever scheme for carving up the world philosophers adopt, the right of philosophical thought to delineate and dominate the ‘world’ remains in force. Even philosophies of difference and radical alterity like deconstruction play the philosophical game of carving up the world: e.g. between sameness and radical difference. Thus, terms like ‘trace’ and difference in Derrida’s oeuvre are both defined by the ways that they disturb or elude thought, even while retaining a constitutive relationship to it (Laruelle 2013, 53-4).

The non-philosophical resistance to philosophy is achieved by what Laruelle calls ‘axiomatized abstraction’ –introducing operators pre-defined as non-members of any world. Whereas philosophy hallucinates its reality as belonging or structuring the world, the non-philosophical ‘Real’ or ‘One’ is introduced as already uncoupled to thought or world, though determining it ‘in the last instance’ (134). This axiomatic procedure proposes we understand the Real through the openings it creates; its use in freeing philosophical practice from its self-made ordinances and procedures, since any relation to thought or world is foreclosed in advance (175). The ‘Real’ or ‘One’ is thus radically performative and particular. It cannot be interpreted, only effectuated.

Nonetheless, Laruelle and his commentators sometimes gloss this performance by claiming that the Real implies a kind of ‘unlearned knowledge’ or gnosis preceding any division between thought and object. Laruelle refers to this variously as ‘Vision-In-One’ and ‘The-Human-in-Person’.

As Ray Brassier observes there is something deeply tendentious in this move from axiomatic abstraction to concretion in pre-intentional or non-thetic awareness. What was introduced as a completely empty immanence without relation becomes identified with a concrete existence of the human prior to any philosophical demarcation of the human as a universal:

Laruelle will claim that the One is not a conceptual posit but an experience given independently of aIl phenomenological objectivation. Unobjectivisable transcendence is the intra-philosophical symptom of an unobjectivisable immanence that is no longer philosophisable because it is of the order of a ‘non-thetic experience’ that determines conceptual determination, without being conceptually determinable in return. The One is this non-thetic experience, presupposed without being posited, given-without-givenness, etc. (Brassier 2012, 115)

John O Maoilearca defends Laruelle from the charge of anthropocentrism, suggesting that the identification of the Human and the Real is a point of resistance to calculating humanisms that have defined and judged humans since the beginning of philosophical thought, ‘leaving both the real and the human indefinite ‘(2015, Loc 824). The problem here is that this posture of resistance assumes the existence of the human behind the veils of philosophical, political or economic abstraction imposed upon it. Our postulate of the posthuman predicament and epistemic unbinding preclude this ethical orientation since disconnection or extinction could erase this empirical basis. It also misconceives the posthuman since it implies that planetary technology – since it cannot be abstracted from the human qua Real – must be incorporated within the real qua human as a prosthesis or extension (See Kolozova 2018). This is at odds with the speculative posthumanist conception of a technology ramifying without purpose, or end, on multiple spatial scales (Roden 2014, Ch7).

In other words, the promiscuous identification of ‘human’ and ‘real’ etiolates posthumanism, leaving only a form of ‘cyborg humanism’ that drastically understates the indetermination and emptiness of disconnection (Roden 2014, 45).

The bracketing of philosophy’s claim to sufficiency is also direct consequence of Unbounded Posthumanism, though it follows from epistemological assumptions such as ‘dark phenomenology’ (Roden 2013) rather than a direct use of axiomatic abstraction. There is no longer a model of thought, meaning or subjectivity that affords a starting point from which to constrain this ‘unbounded’ which remains open though no longer understood as a space or totality.

It is important to note a certain indeterminacy already applied to the standard formulation of speculative posthumanism. The only means we could acquire empirical knowledge of posthumans was engineering, not philosophy: making posthumans, becoming posthuman (Roden 2014, 8). This constructivism can be reiterated in a maximally unbound posthumanism; but no longer in an ontological mode. The open void of the posthuman can only be mapped through the operation of disconnection. Thus ‘disconnection’ is, like the Laruellean real, an operator whose incarnations are serially defined by its effectuation. These are counter-final: they have no telos or essence – such as cultivating human perfection or prosthesis – since this would be to pre-empt the process of construction.

Posthuman bodies are consequently deformations of human bodies where the ‘human’ is specified by the input term or node rather than by some universal or essence: bio-morphisms instantiated in relations of wide descent. These are not bodies of flesh – a spiritual totality that situates thought in its world. Posthumanism at the limit, has no thought or flesh since whatever invariants are philosophically gleaned from the human world cannot be projected onto its open void.

Roden, David. 2014. Posthuman Life: Philosophy at the Edge of the Human. London: Routledge.